AVANTA STUDIOS puts the finishing touches on the National DRTV commercial for its revolutionary RF SuperBooster. AVANTA STUDIOS designs and markets all its own proprietary products. The company based in Clearwater Florida with the tag line, "Advanced Marketing Solutions" is launching the marketing for an advanced RF device that attaches to the inside or outside of any cell phone. Once attached the RF SuperBooster can greatly improve a ce 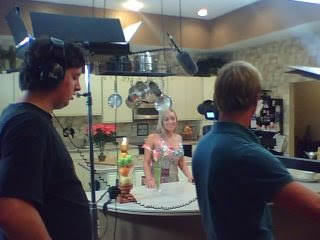 ll phones performance, by reducing the dreaded dropped call and extending a phones range. The company is shooting for a nationwide ad campaign to start in the first quarter of 2011. AVANTA STUDIOS is currently working on a half dozen various DRTV style products that it hopes to introduce in late 2011 or early 2012.